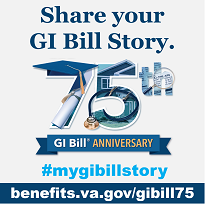 Dick Laisure was appointed the Assistant Director of the Houston VA Regional Office on May 8, 2016. In the role of Assistant Director, he facilitates the administration of non-medical VA benefits and services to nearly 800,000 Veterans and their families across 90 counties in Texas, including Veterans living in Mexico, South America and the Caribbean.

Prior to this appointment, Dick served as the Director of the VA Records Management Center in St. Louis, MO. from October 21, 2012 through May 7, 2016. Mr. Laisure also served as the Assistant Director for the Little Rock VA Regional Office from June 22, 2008 through October 20, 2012, managing the day-to-day operations of the office.

Mr. Laisure worked as the Vocational Rehabilitation & Employment Officer for the Montgomery VA Regional Office from February 2005 to June 2008, where he was responsible for managing the vocational rehabilitation benefits provided by the VA for Alabama and Northwest Florida. He also operated as the VR&E Officer from August 2001 to January 2005 in Columbia, SC where he was responsible for managing the VA vocational rehabilitation benefits for the State of South Carolina.

Mr. Laisure is a disabled Veteran and served 14 years in the U.S. Army. He initially served as a Medic with the 101st Airborne Division and ended his career as a Captain flying the UH-1 and OH-58 helicopters.