We want you to know how VBA is performing on behalf of our nation's Veterans, their families, and their survivors. Weekly reports from our 56 regional offices let you see our progress in processing Compensation, Pension, and Education benefits. You can also download a spreadsheet to see the most recent week's worth of performance data

Look below to get access to detailed claims data weekly, but here's the big picture: VBA currently serves nearly 5.2 million Veterans and survivors who receive either compensation or pension benefits. In the past four years alone, VBA has added more than one million Veterans to its compensation rolls, which is more than the active duty Army, Navy, Marine Corps, and Coast Guard combined. In fiscal year 2018, VBA delivered over $91 billion in Veterans’ compensation and pension benefits. Learn more about the VBA's claims inventory.

The reports below contain data covering claims inventory, claims backlog, claims accuracy, and Fully Developed Claims. We can see that VBA employees are completing more compensation claims than ever before. More than three million claims were processed in the past three fiscal years, three times the amount completed in 2000. Quality is also increasing as quality ratings were up 4 percent in the past year, reversing a four-year decline. Here is some information about the different ways we track our progress: 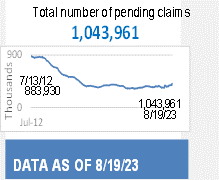 Includes rating bundle disability compensation and pension claims that have been received by VBA that normally require development and a decision by a VBA claims processor. 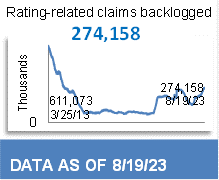 A subset of the VBA Claims Inventory, the backlog number represents rating bundle claims that normally require a rating decision and have been pending for more than 125 days since receipt. 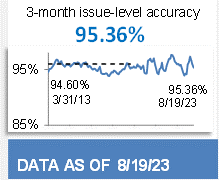 Measures accuracy of individual medical issues contained within a Compensation claim, based on a three-month average. 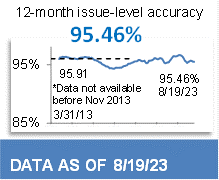 Measures accuracy of individual medical issues contained within a Compensation claim, based on a twelve-month average. 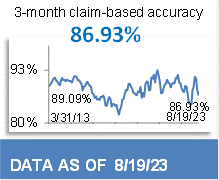 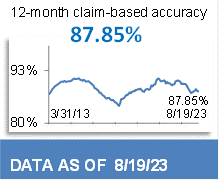 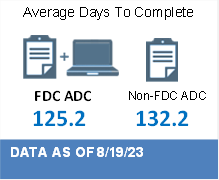 Veterans can use the Fully Developed Claim (FDC) process to fast-track their disability compensation claims.

Get the Weekly Reports

Access the weekly reports below. Reports are in Excel. Free viewer software is available to view these reports. If a dialog window appears asking for a decision on linking to feeder worksheets, click "NO."

Additional information has been published in the Monday Morning Workload Report beginning September 5th, 2016.  More information is available in the MMWR summary document.

Please submit any questions or comments to: PAI.VBACO@VA.GOV

How to read the report

Note: Reports are in Excel. You may download free viewer software to view these reports. If a dialog window appears asking for a decision on linking to feeder worksheets, click "No". All required data is present on the Excel worksheets posted here.

These reports are compiled by VBA's Office of Performance Analysis and Integrity. Email questions or comments to VBAs Office of Field Operations, which manages regional offices. Read VBA's Strategic Plan for more details on plans to eliminate the claims backlog.